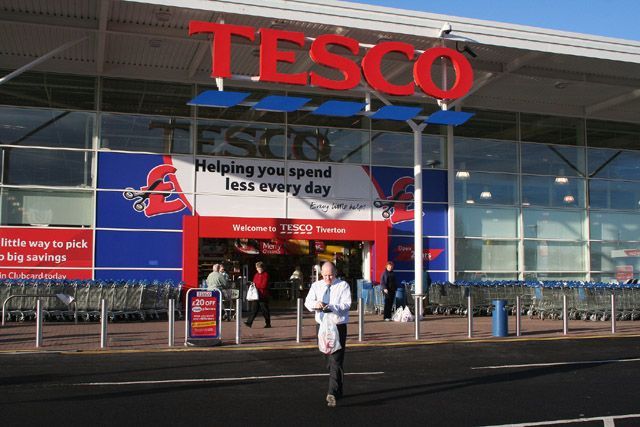 Tesco said the Financial Conduct Authority (FCA) « has commenced a full investigation following the overstatement of expected profit for the half year » after the error was revealed last week.The world’s third-biggest supermarket group added that it will « continue to co-operate fully with the FCA and other relevant authorities considering this matter ». The announcement sent Tesco’s share price diving more than three percent in morning deals in London, with the supermarket sector also hit by poor results from rival group Sainsbury. Tesco stunned investors on September 22 when it revealed that its profit for the six months to August 23 was overstated by an estimated £250 million ($408 million, 318 million euros). It did not specify which profit indicator this referred to.

The dire news prompted Tesco’s new chief executive, Dave Lewis, to suspend four senior executives and launch an independent investigation. Britain’s largest retailer had previously forecast its half-year trading profit at £1.1 billion. Tesco also decided last week to delay publication of its interim earnings to October 23, three weeks later than had been planned, in the wake of the probe being carried out by accountancy firm Deloitte. The London-listed group announced news of the FCA probe on Wednesday, the same day that it had been originally due to post interim results. The earnings error is the latest heavy blow for Tesco, which in August issued profit warnings and slashed its shareholder dividend by 75 percent, blaming challenging trade and high investment costs.

Lewis, a former Unilever executive, was in July named as successor to Philip Clarke, who had shocked markets in early 2012 with the group’s first
profits warning in 20 years. In Wednesday morning deals, Tesco stock sank 3.06 percent to 180.5 pence on London’s FTSE 100 index, which dipped 0.53 percent to 6,587.33 points. Sainsbury shares meanwhile tumbled 3.39 percent to 243.02 pence after it posted sliding first-half sales on the back of intense competition, and cut its full-year sales forecast.