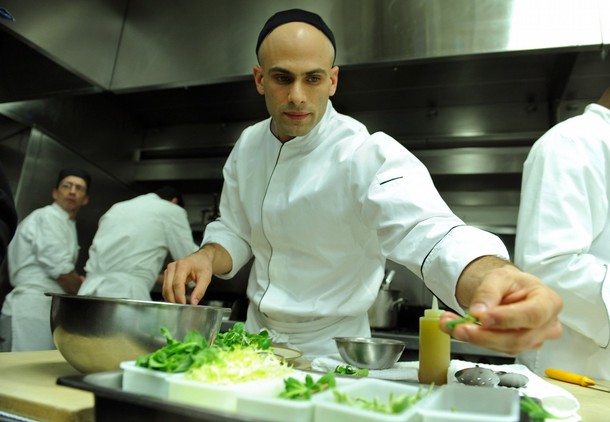 WASHINGTON, June 26, 2014 (AFP) – Known for his love of fine but healthy food, President Barack Obama is deploying chefs — including his own — to Asia in hopes of bringing food tourists to the United States. The five chefs will take part in Independence Day celebrations on July 4 in a bid to promote both US agriculture produce and regional cuisine, a stretch from the diet of hamburgers and pizza that much of the world associates with the United States.

The White House personal chef Sam Kass, an advocate of organic food who also directs First Lady Michelle Obama’s « Let’s Move » program aimed at  fighting childhood obesity, will appear at the event in Seoul. Four other members of « the American Chefs Corps » — who cook in high-end restaurants in Austin, Boston, Chicago and New Orleans — will take part in events in Beijing, Canberra, Taipei and Tokyo, the State Department said. The events will launch a year-long campaign by the United States to foster « cross-cultural exchange through the shared experience of food » ahead of next year’s World Expo in Milan, Italy, a State Department statement said.

Obama has set a goal of bringing 100 million international tourists to the United States in 2021, up from a record 70 million who visited last year. Travel and tourism support some eight million jobs in the United States, according to the federal government. « The fact that people come from all over the world to see our parks, to see our monuments, is something we should take great pride in as Americans. And it’s good for our economy, » Obama said last month as he promoted the tourism campaign at the Baseball Hall of Fame in Cooperstown, New York. Asia has been a key source of tourism growth to the United States. Japan last year was the fourth largest source of visitors to the United States after Canada, Mexico and Britain. China, South Korea and Australia were also in the top 10.