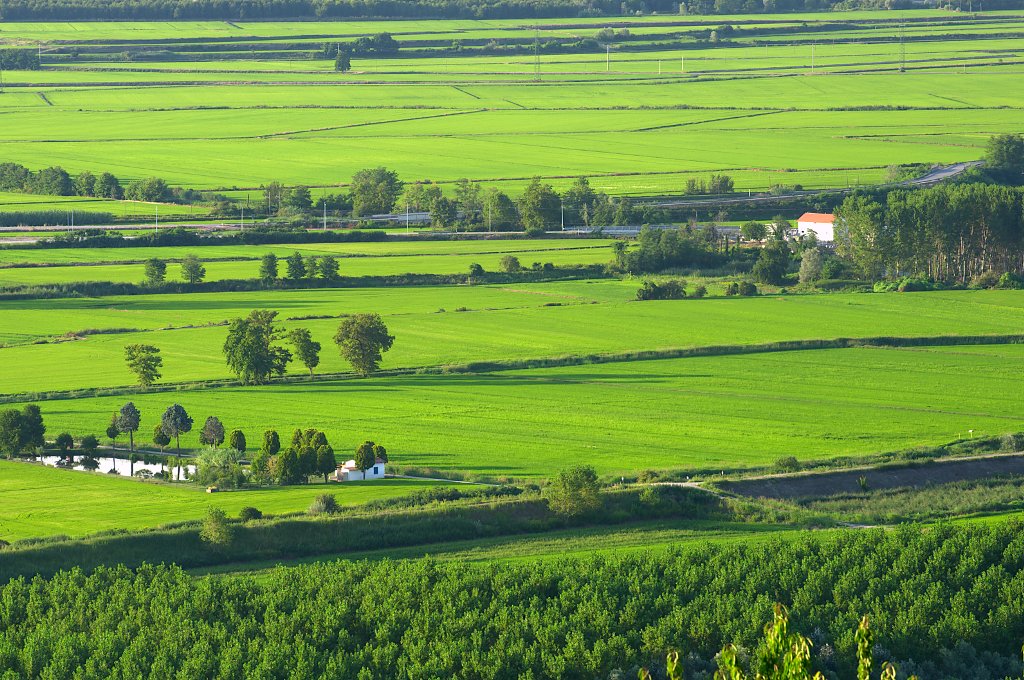 The rice fields around Vercelli in northern Italy stretch as far as the eye can see with the snow-capped Alps behind. The first shoots coming up will eventually end up as fragrant risotto on gourmet tables as far away as China.

Italy is Europe’s top rice producer and exports are growing thanks to small-scale farmers who grow premium rice varieties popular with health conscious connoisseurs. « It’s considered a chic product for people who have money, » said Sandro Guerrini, who farms 80 hectares with his three brothers on a farm started by their grandparents. Their production is tiny — just 400 kilogrammes a year — but the « Baraggia » variety that they grow commands a far higher price thanks to its EU quality assurance label. Another variety produced in the area « Vialone Nano », sells for around 2,000 euros a tonne wholesale, according to the Milan commodities exchange, compared to a World Bank benchmark price index for rice of 425 euros a tonne. « It’s our great treasure here, » said Davide Bonato, chef at « Massimo », a restaurant in the village of Trino in the floodplains of the mighty Po River which crosses the region. « Rice needs a lot of work! It really is an ancient tradition, » said Bonato as he cooked up a varied feast of rice-based delicacies — from starters to desserts. There are 250,000 hectares of rice fields along the Po and production last season was around 1.6 million tonnes, according to official data from the agriculture ministry. The main export market in Europe is Britain — 45,718 tonnes sold last year compared to 32,074 the year before.

Exports outside the European Union rose to 119,510 tonnes last year from 100,053 tonnes the year before. They shot up by 139 percent to Turkey — the biggest market for Italian rice — and by 47 percent to Russia. Rice sold to China was just 25 tonnes — a symbolic amount in a market seen as having a lot of potential for Italy. The United Nations Conference on Trade and Development said the recent rise in European and US rice exports in the world were helped mainly by « new food habits in developed countries and new market niches in developing countries. » That translates into much-needed jobs in Vercelli, a town of 50,000 people that even has a « Rice Exchange ». « When my parents were running it, a farm like ours employed my father and my uncle. Now after a re-organisation, it employs four people, » said Guerrini, adding that he now also makes rice cakes, flour and ready-made risottos. Local guide Cristian Ferraris, who organises bike tours of the rice fields, said the soil in the region is particularly appropriate for rice cultivation. « The land is flat and the soil has a lot of clay which means the water stays on the surface, » he said, adding that the water also offers protection for the rice shoots. Rice cultivation was introduced by Cistercian monks from France in the 12th century but it really took off with an irrigation mechanism designed by none other than Leonardo da Vinci, better known for painting the Mona Lisa. The centuries that have passed have still not managed to dislodge pasta as the favourite on Italian tables, however. Asked if rice would ever take over from pasta, Bonato smiled: « It would be great if that was already the case. But we’re Italians.«